The past few days, as I scrolled through social media I saw many posts about the NFL players who are kneeling during the national anthem. As much as I shouldn’t be, I am very shocked that something like this even happened. The amount of anti-American and liberal brainwashing that goes into creating acts like these is unimaginable.

Some of the participants said these “protests” were because of race oppression. Others said they were in reaction to rude tweets made my Donald Trump about the NFL. I can’t understand why someone that wants to protest those things would do so by kneeling during the anthem. I also don’t understand why people who make millions of dollars to play a game think they have the platform to protest against oppression. Are you kidding me?

Anyways, you want to protest go ahead and protest. However, kneeling during our nations anthem is not protesting against a president or oppression. Each player who chose to do so was disrespecting the men and women who fought for our country, our freedom, the privileges we have, and the opportunities we get as Americans. They turned their backs on their own country. Why? Because Donald Trump said something on twitter or because “race oppression” still exists. I’m sorry but I have to disagree. Sure, there are racists. Some are white racists, some are black racists, and the list goes on. Just like there are murderers and theives in the world. You can’t get rid of them all. ﻿

Let’s be real here. This is not a race issue. This is not an oppression issue. This IS a people issue. This IS an entitlement issue. A large majority of the American people have been fed lies by the liberal media and they are good at what they do. The media is so good at slowly integrating their liberal agenda into U.S. citizens that we haven’t even realized it’s happening.

I see these protests as a reality check for all of us true patriots out there. Be careful. Be careful what you listen to and what you read because somehow our own American people have been led astray. Do not get to the point of disrespecting those who died so that you could have a safe place to sleep at night. Do not get so brainwashed that you believe kneeling for the anthem is some form of protest.

Where has patriotism gone? Where are the people who love their country? That respect and honor others who have fought and sacrificed their lives? Where are the young people who are proud to live in the land of the free and home of the brave?

Let’s come together and show some love for our country. Let’s be Americans. Let’s be Patriots. 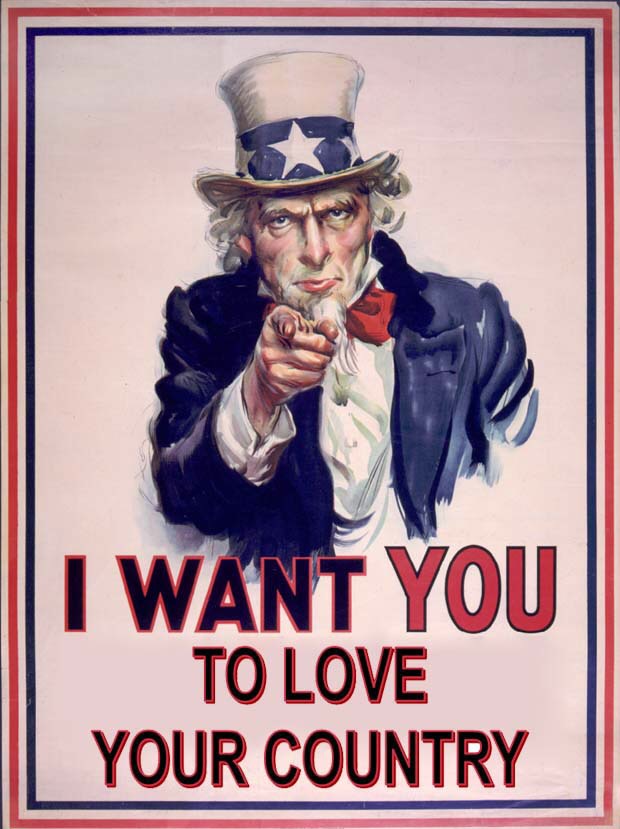 I'm 20 years old. I was raised on a cattle ranch in Northern Minnesota. I'm passionate about my faith in Jesus Christ, my family, and my country. View all posts by littleandfierce

4 thoughts on “Let’s be Patriots”